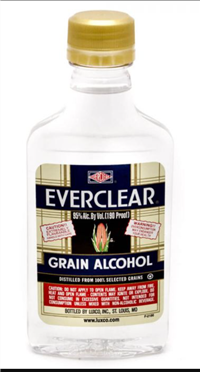 In cosmetic ingredient naming, “alcohol” is the INCI name for ethyl alcohol (ethanol). Ethyl alcohol – also called grain alcohol – is the consumable kind of alcohol. It’s naturally produced by the fermentation of sugars, from which we get all sorts of alcoholic beverages; beers, wines and hard liquors. It can also be produced synthetically from petrochemicals.

Many cosmetic products contain alcohol, particularly perfumes, toilet waters and body sprays. Since consumable alcohol is highly regulated (and taxed) at both the federal and state levels, there are several issues and types of regulations that might affect you if you are making and selling products that contain ethyl alcohol.

At the federal level, the Alcohol and Tobacco Tax and Trade Bureau [TTB] (a division of the US Department of the Treasury) regulates alcohol. The mission of the TTB is to collect excise taxes on alcohol, tobacco, firearms and ammunition. The federal excise tax on consumable alcohol is currently $13.34 per gallon. In addition, every state (except Wyoming and New Hampshire) also levies excise taxes on consumable alcohol. The taxes range from $2.00 per gallon (Missouri) to $33.22 per gallon (Washington State).

In other words, when you purchase a gallon of vodka or Everclear, the price includes between $15.34 (Missouri) to $46.56 (Washington) in taxes that the manufacturer had to pay to the TTB and the state alcohol board. When you use drinkable alcohol purchased retail in a cosmetic product, the cost of manufacture is bumped way up by the excise taxes.

The federal government doesn’t regulate the use of alcohol in cosmetic products, provided the product itself is not consumable and the taxes are accounted for.

Each state also has regulations governing the sale of consumable alcohol in whatever form. Oregon and Washington, for example, specifically exclude cosmetic products containing alcohol from their alcohol regulation. Other states may have different requirements.

Getting the tax back

At the federal level, it is possible to get a drawback1Drawback: A return or rebate, in whole or in part, of excise taxes previously paid. For TTB purposes, a drawback is not a ‘refund’. on excise taxes paid on consumable alcohol that is used in manufacturing non-beverage, non-consumable products. In order to qualify for a drawback you must file forms with the TTB, get your product formulation approved, and may be required to post a bond based on the quantity of alcohol used. Information on getting a drawback permit can be found on the Alcohol and Tobacco Tax and Trade Bureau website (www.ttb.gov).

Most states have comparable regulations for either getting a rebate on the excise taxes paid or getting a permit to purchase tax-free alcohol when it will be used in non-consumable products.

Needless to say, the paperwork, reporting and record-keeping is extensive and detailed. You’d have to determine whether or not it’s worth it to you to go through the process of getting set up to get the excise taxes back. Most likely this would depend on the tax rate on alcohol in your state and the quantity of alcohol you plan to purchase for use in non-consumable products. 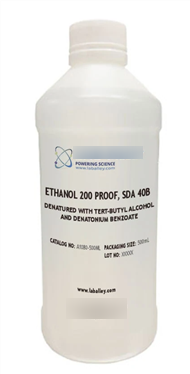 Anyone purchasing specially denatured alcohol to use in making commercial products must have a permit to do so. A manufacturer can purchase samples of specially denatured alcohol without a permit. Samples must be used for experimental purposes or to make product samples and are limited to not more than 5 gallons per calendar year. Samples cannot be used to make any product for commercial sale.

In addition to the federal permit, there are many regulations covering, for example, record keeping, approval of formulas in which the specially denatured alcohol will be used, label requirements, and reporting.

States may also have regulations applicable to the manufacture, sale, purchase and use of specially denatured alcohol.

If you choose to use specially denatured alcohol, consider consulting an attorney for assistance in navigating the state and federal laws, regulations and taxes.

As noted above, there are 32 different formulas for making specially denatured alcohol. The formulas are in the regulations. Each formula specifies the type and amount of denaturant(s) to use and the acceptable uses for the finished SDA.

The following are the most common SDA formulations which are approved for use in cosmetics:

SD Alcohol 38-B: To 100 gallons of alcohol add a total of ten (10) pounds of one or more of the essential oils or substances listed in the regulation. There are 44 substances listed, including anise oil, bergamot oil, camphor, cinnamon oil, lavender oil, menthol, spearmint oil, and turpentine oil. There regulations also offer a provision to request permission to use another essential oil if none of the ones listed would work.

SD Alcohol 39-C: Up to 100 gallons of alcohol to which 1 gallon of diethyl phthalate is added.This formulation does not meet “phthalate-free” claims.

SD Alcohol 40: Up to 100 gallons of alcohol with 1/8 gallon of tert- butyl alcohol, and one and one-half avoirdupois ounces of either: 1) brucine alkaloid, 2) brucine sulfate, N.F. IX, 3) quassin, or 4) any combination of two or of three of these denaturants.

SD Alcohol 40-B: Up to 100 gallons of alcohol with 1/16 avoirdupois ounce of denatonium benzoate, N.F., and 1/8 gallon of tert-butyl alcohol.

A review by the Cosmetic Ingredient Review in 2008 found that there was insufficient evidence to support the safety of SD Alcohol 40 denatured with brucine, brucine sulfate, or quassin, or to support the safety of brucine, brucine sulfate, or quassin as denaturants. The same review found that the denaturants used in SD Alcohols 39-C, 40-B, and 40-C were safe for use in SDA used in cosmetics.

Alcohol, denatured or not, is flammable and is considered a hazardous substance for purposes of workplace safety and shipping.

Identification in the Ingredient Declaration

In the EU, denatured alcohol is identified as “Alcohol Denat.”

“Alcohol” has many common and general definitions. There are several types of alcohols used in cosmetics. Each are different chemical substances and have different applicable regulations. This post deals with ethyl alcohol. See also isopropyl alcohol and rubbing alcohol.