This is part of the Labeling Basics series in which I am taking labeling back to its most fundamental parts, starting with the legal terms used and then going on to each requirement for soap and cosmetic labels. 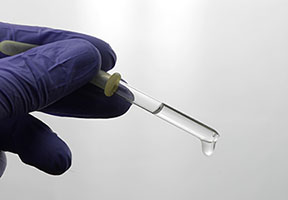 We all expect the ingredient declaration in cosmetics to be accurate and include all the ingredients in the product. However, in certain circumstances, “incidental ingredients” may be left off the list. It’s a loophole that can sometimes be abused.

When labeling your own products it is very important to know and understand what may or may not be omitted from the ingredient list as an “incidental ingredient.”

Occurring or likely to occur by chance in connection with something else more important.

Something that enters or is added into the formulation of a compound or mixture. A component part; a constituent. (From the Latin to enter)

1Definition from regulations at 21 CFR 700.3(l)Components present at insignificant levels which have no technical or functional effect in the cosmetic, including:

As you can see from the definitions, the key here is that the substance is in the final product because it is minor, came with some other ingredient and doesn’t have any technical or functional effect OR it was something that helped with the processing (and is no longer in the product).

1. Added as part of another ingredient.

The regulations describe three different types of processing aids that may be considered incidental ingredients (and therefore omitted from the ingredient declaration).

[NOTE: I use cooking examples below, which are intended only examples in formulating and are used to compare with similar chemistry in cosmetics.  Food has different regulations and in these examples the egg whites and/or lemon juice may be required to be included on a food ingredient label.]

a) Added, then removed

In cooking, this would be like using an egg whites to clarify cloudy broth.  The egg whites are added in, but then strained out before the broth is used.

b) Added, then converted to something already in the product

A substance that is added to the cosmetic during processing for the technical or functional effect in the processing, but is then coverted to something already in the ingredient declaration.

I don’t have an example of this, but you can see that since the substance gets converted to something already in the ingredient declaration it would be incidental.

c) Added for processing, but insignificant amounts and effect in the product

This might be the case for using egg whites and lemon juice to clarify stock.  When you strain it, there MAY be bits of egg white left, but there is no way to strain out the lemon juice – it stays in the stock pot.  But it’s there in such small quanitites and isn’t doing anything to the flavor or format of the resultant stock.  In that case, the lemon juice might be considered a processing aid and an incidental ingredient.

What to look for

Recently I saw the following as a footnote on an ingredient declaration list:

Our process aids are used in small amounts, on an as needed basis, and are not essential for product function. They are subject to change as they are constantly evolving and changing due to the availability of newer and better materials, marketplace demands, etc. In order to provide our customers with various desired features such as ease of remelting and re-batching, finished product final appearance, etc. we may or may not use small amounts of the following (or similar) materials…

Obviously, I don’t have all of the fomulation details, but I do find the statement contradictory.  First they say the process aids are used in small amounts and are not essential for product function, and then in the very next sentence they say they are necessary to provide customers with various desired features.  That sounds like the materials are added for technical or functional effect if they used to meet customer needs in the product.