This is part of the Labeling Basics series in which I am taking labeling back to its most fundamental parts, starting with the legal terms used and then going on from there. 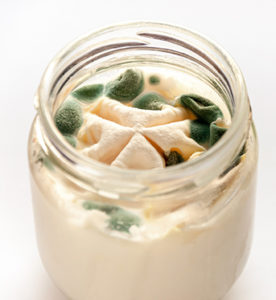 In the US, you can make cosmetics without getting prior approval of the product, the ingredients, or the formulation. What you can’t do is sell (or put out for sale) a product which is adulterated or misbranded. That’s illegal.

Most states have also adopted a similar law, so it’s also illegal at a state level.

So what, exactly, makes a product is adulterated?

The law has some pretty exact wording – so let’s look at the definitions of the words used, and then what the exact law is.

Made poor in quality or unusable by the addition of something else; contaminated.

Causing physical harm or damage to a person or thing; detrimental to life or health; harmful.

Covered with or containing dirt or unclean matter, especially when disgusting or offensive.

Not sanitary or healthful; injurious to health.

A cosmetic is adulterated if:1Food Drug and Cosmetic Act, 21 USC 361

(a) It contains any poisonous or deleterious substance which may make it injurious to users when they use it as suggested or in a customary and usual way.2Except that this doesn’t apply to coal-tar hair dye, provided it has warning labels as described in the statutes.

In other words, if you added something would end up harming the user if they used it in the normal or expected way.

(b) It consists, partly or completely, of any filthy, putrid, or decomposed substance.

If your preservative system doesn’t work and the cosmetic grows any nasties.

(d) It has been prepared, packed, or held under insanitary conditions and may have become contaminated with filth or injurious to health.

If the product has been made, packed or held in conditions where it might gotten contaminated with filthy or harmful stuff (dirt, bacteria, dust, insects, etc). It doesn’t mean that it DID get contaminated, but that it was made or packed in an environment where it MAY have become contaminated.

(e) Its container is composed, partly or completely, of any poisonous or deleterious substance which may make the contents injurious to health.

If the container or wrapping is poisonous or toxic, and that could affect the product.

Why is it important?

When it comes to making and selling cosmetics in the US, there really are only two things for which the FDA or a state agency can come after you.  They can cite you, tell you to cease and desist, make you stop selling your products or confiscate your products only if your products are adulterated or misbranded.

If your cosmetics are adulterated, you are putting anyone who uses your product at risk.  You are also putting yourself and your company at risk, both legally and from a liability standpoint.

Bottom line – don’t market or sell cosmetics that are – or could become – adulterated.